M-ITI's researchers have had outstanding activities such as the scientific article accepted in the journal 'Progress in Photovoltaics' volume 26, 8th edition of August, impact factor 6,456 [this factor quantifies the annual average number of citations of articles published recently in this same journal, that is, the aforementioned value indicates that in the year 2017, each article published in the magazine was quoted approximately six times] under the title "Machine Learning PV System Performance Analyzer", whose authors are Sandy Rodrigues M-ITI Ph.D. candidate), Helena Ramos (Institute of Telecommunications, Instituto Superior Técnico, University of Lisbon), and Fernando Morgado-Dias (M-ITI and UMa). The objective of this study is to implement a performance analyzer of the photovoltaic system that gives an estimate of the current alternating daily solar energy for any photovoltaic system installed on roofs, based on the values of daily solar irradiation, without being influenced by the season or location installation of the photovoltaic system. To that end, five Machine Learning Techniques (MTLs) were analyzed and compared, concluding that three of them work for different seasons of the year.

Within this cycle of conferences, an article presented at the International Conference on Energy and Sustainability in Small Developing Economies (ES2DE18), which took place on the same dates, won the award for best student article.

The paper "The Duck Curve Characteristic and Storage Requirements for Greening the Island of Porto Santo" was written by Roham Torabi (M-ITI), Alvaro Gomes (University of Coimbra), F. Morgado-Dias (M-ITI).

In the workshop EASIFT18 - Electronics Applications and System Integration for Future Technologies, which is part of the same cycle and of the same dates, it was presented "Design and simulation of the CMOS slew-rate enhanced OTA to drive heavy capacitive loads," authored by Luis Miguel Carvalho Freitas (M-ITI Ph.D. candidate), F. Morgado-Dias (M-ITI), Guy Menants (AMS) and Adi Xhakoni (AMS). 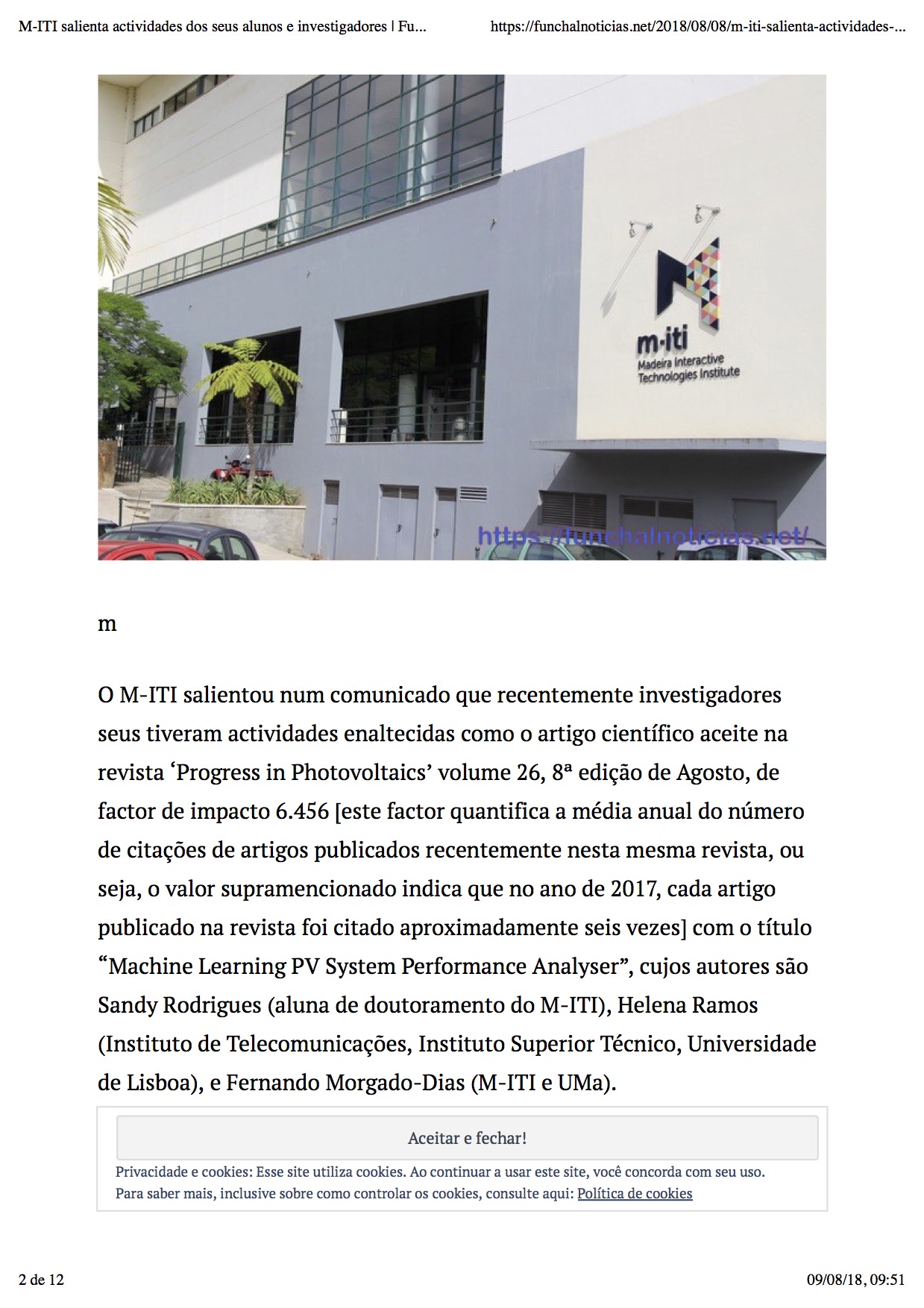 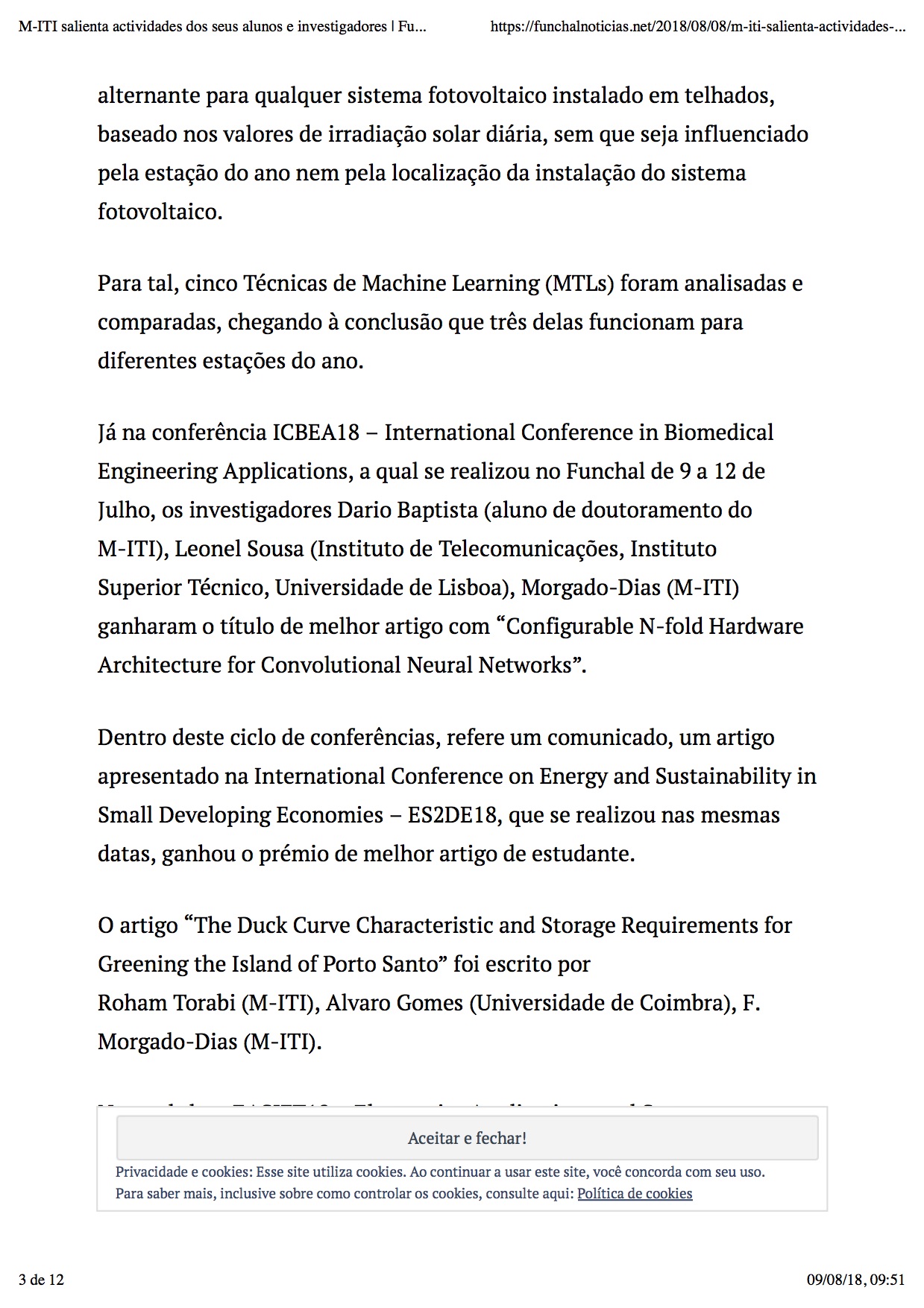 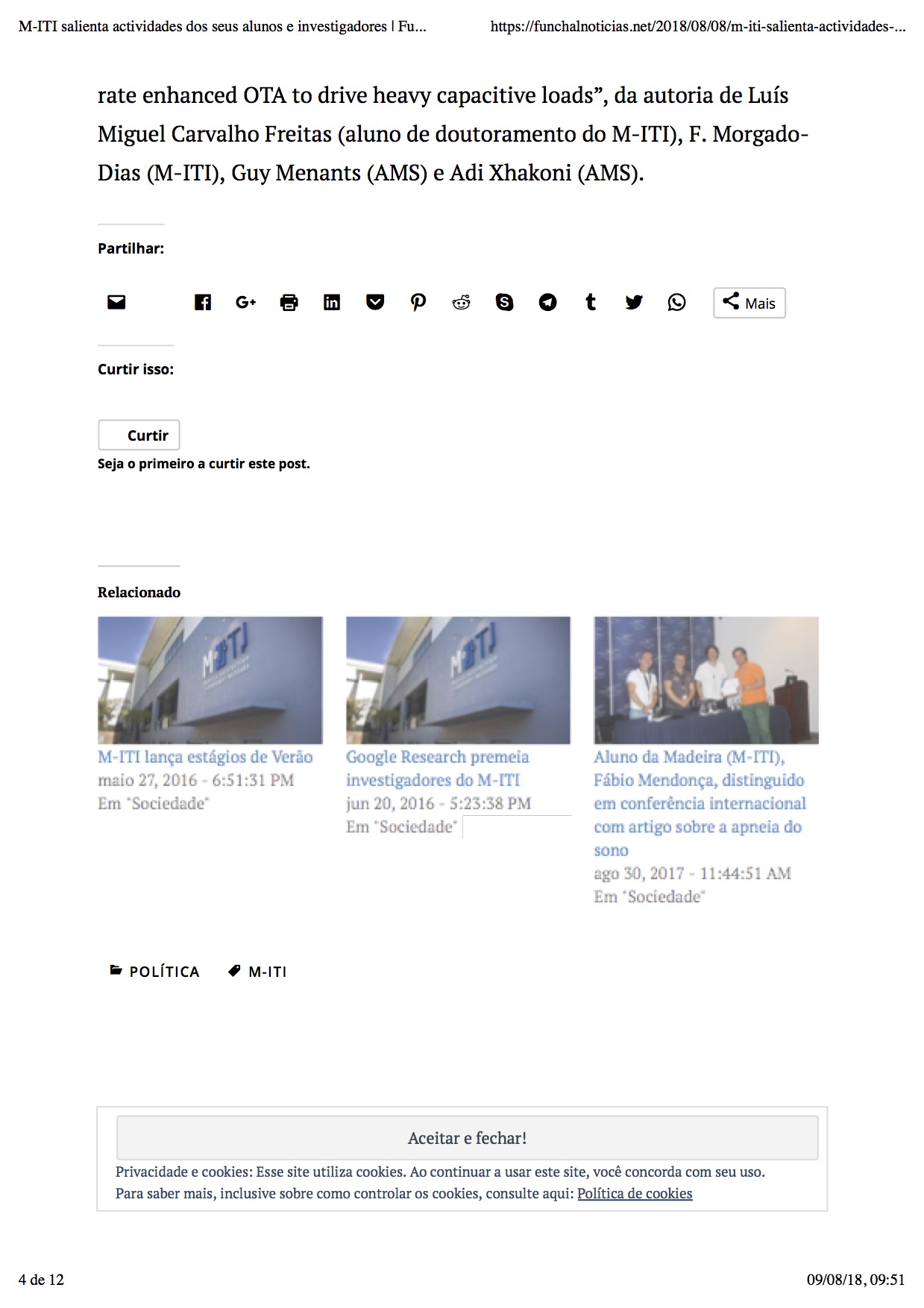