The Madeira Film Festival, is an independent film festival staged annually between Reid's Palace Hotel & Municipal Theatre in Funchal, Madeira, Portugal. This year, the event launches with 20 films on their official program. Until May 20, this initiative will be celebrating the independent cinema, with a tribute to the Laurissilva forest.

Between May 16-18 The Interactive Digital Stories Track, in collaboration with Madeira Interactive Technologies Institute (M-ITI), will take place every day at 5h30pm with live demos and projects presentation. Entrance is free.

In the official selection of the Madeira Film Festival, the following movies, among others, will be exhibited: The Butcher, The Whore, and The One-Eyed Men’, ‘God’s Own Country’, ‘The Messenger’’, ‘A Gentle Creature’, ‘Lady Macbeth’, ‘Mrs Hyde’, ‘Wiener Dog’, Travels of a Sentient Being, Pop Aye, The Long Excuse, Most Beatiful Island, Frost. The movies will play at Teatro Municipal Baltazar dias and Forúm Madeira. 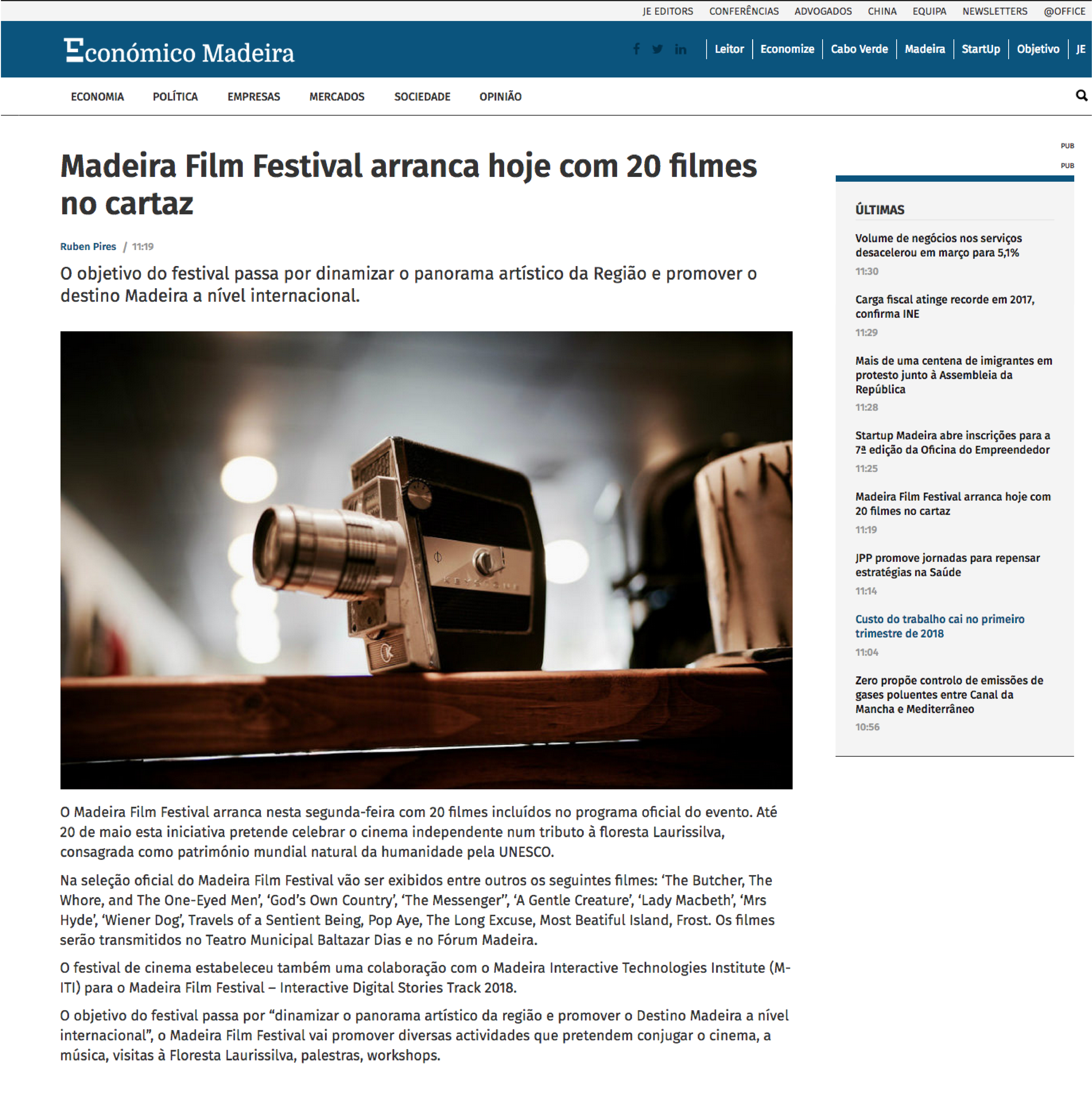