PRSMA, a spinoff in the energy sector, created by M-ITI Researchers/Entrepreneurs is also represented by Mary Barreto, who will present the company tomorrow at 10h00, as a H2020 SME instrument award winner.

This conference is intended for investors, business people, researchers, and staff of the local and regional administration of Madeira, and is taking place on July 13 and 14, at the Four Views Monumental Hotel, in Funchal. It aims to provide information about available European funds, such as the Juncker Investement Plan, Madeira1420 Regional Funds, and Horizon 2020. The event is an initiative of the EU representation in Portugal, supported by the Regional Government of Madeira and ACIF - Câmara de Comércio e Indústria da Madeira.

Several representatives from several European Commission Departments are present, as well as, from the European Investement Bank, and the Promotion Office of the Framework Programme for R&D.  These guests are available to network, and to answer questions about European Funds applications. Several successful Regional Institutions were invited to give their testimonies, such as ACIF - Câmara de Comércio e Indústria da Madeira e a ARDITI - Agência Regional para o Desenvolvimento da Investigação, Tecnologia e Inovação.

This year, M-ITI collaborated with the University of Madeira Masters in Spatial Design team (Spatial Design professors and students) to fabricate the Pavilion... 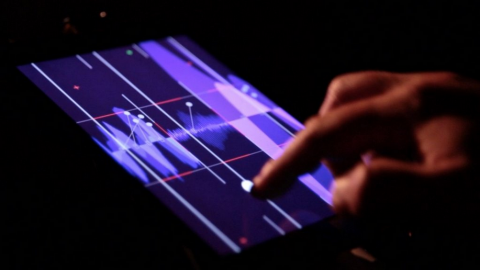 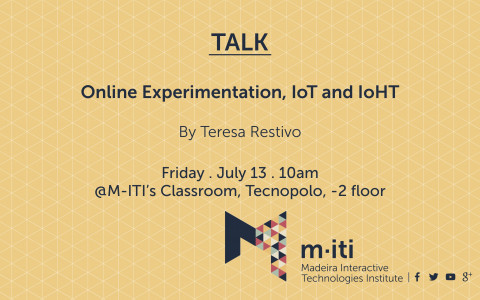 Maria Teresa Restivo, from FEUP, University of Porto, is giving a talk at M-ITI (classroom), on "Online Experimentation, IoT and IoHT”, next Friday, July 13, at 10am.

Based on the underlying... 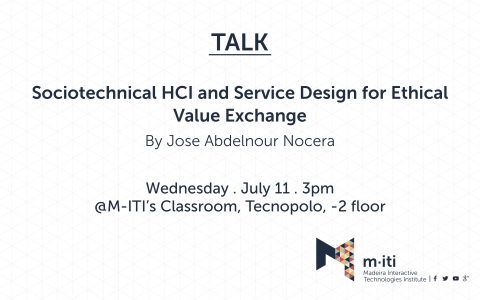